The Hodders, who have led the USA Western Territory since 2017, bring six decades’ worth of combined experience in meeting human need

As national commander, Commissioner Kenneth Hodder will lead the largest social services organization in the United States, with more than 7,600 centers of operations across the country that together serve 23 million people each year. Commissioner Jolene Hodder will run The Salvation Army’s Women’s Ministries, whose goal is to empower and equip women in all facets of life.

Prior to this appointment, Commissioner Kenneth Hodder, a sixth-generation Salvationist, served as the territorial commander of the USA Western Territory, and Commissioner Jolene Hodder served as the territorial president of Women’s Ministries. Among other vital efforts, together they worked diligently to address the growing crisis of homelessness. Last year, Commissioner Kenneth Hodder launched The Way Out, an initiative whose goal is to double The Salvation Army’s response to homelessness over the next five years. 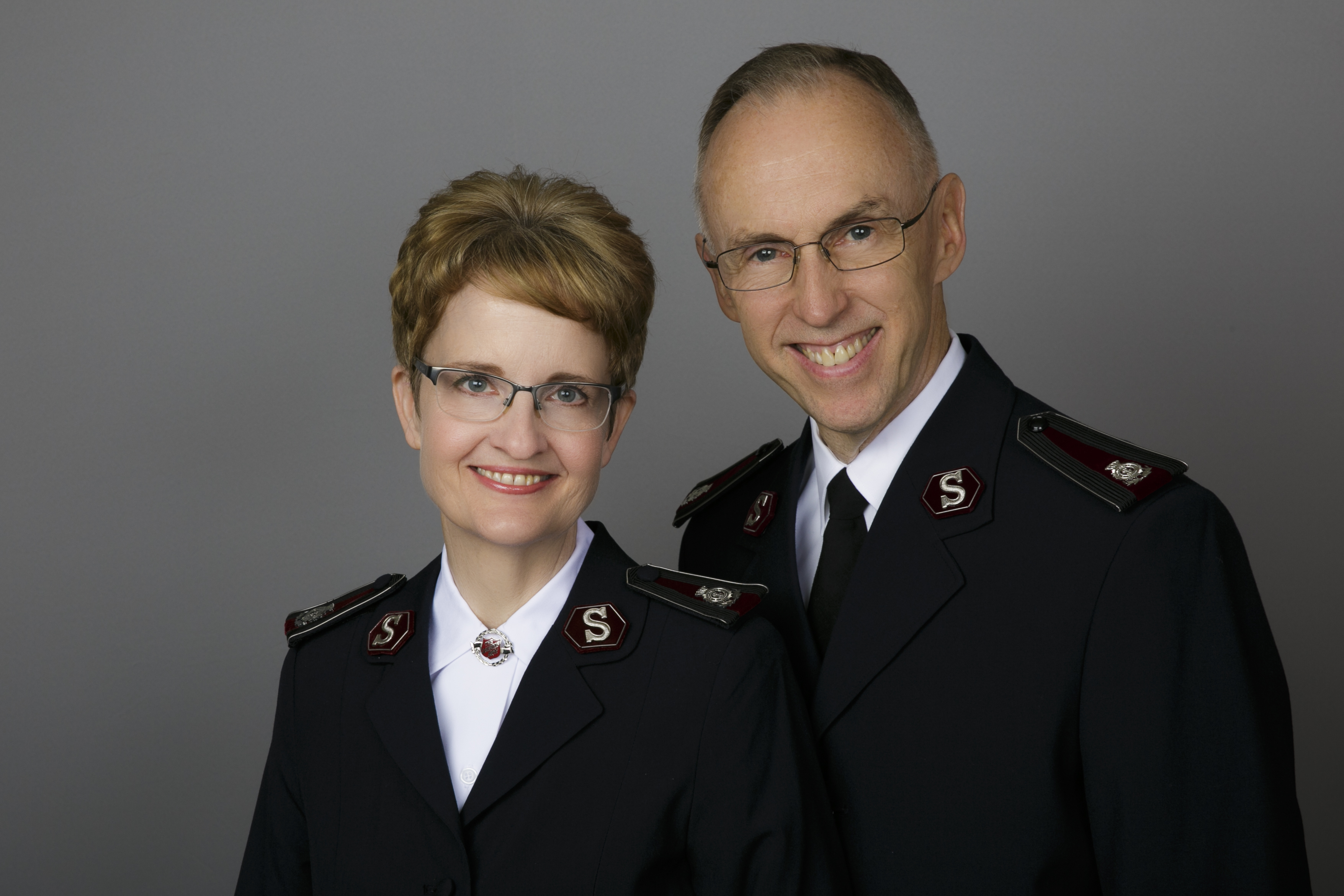 Before responding to God’s call to service as Salvation Army officers, the Hodders both had successful careers in the corporate world. Commissioner Kenneth Hodder graduated from Harvard College and Harvard Law School and practiced corporate and real estate law in Los Angeles with the firm Brobeck, Phleger & Harrison.

Commissioner Jolene Hodder graduated from California State University in Los Angeles with a degree in home economics and a certificate in fashion merchandising, after which she became a divisional manager for Carter Hawley Hale.

Commissioned in 1988, they served in corps appointments in Glendale and Torrance, California, as instructors at The Salvation Army School for Officer Training, and later as staff officers at USA Western Territorial Headquarters. In 1997, they were appointed to Atlanta, Georgia, for three years as coordinators for the International Millennial Congress. Subsequently, they served at Southern California Divisional Headquarters in Los Angeles, and then as divisional leaders for the Cascade Division.

In 2006, the Hodders were appointed to serve in the Kenya Territory. In his role as chief secretary, Kenneth Hodder assumed operational responsibility for the creation of the Kenya East and Kenya West Territories. Three years later, the Hodders were appointed to International Headquarters, where Kenneth Hodder served in dual roles as international secretary for personnel and as legal and constitutional adviser to the general. He also served as a member of the International Moral and Social Issues Council. Jolene Hodder served as associate international secretary for personnel and as secretary to the Chief’s Business Session. They were subsequently appointed as the territorial leaders for Kenya West in January 2013. They returned to the United States in 2017 to accept their positions in the USA Western Territory.

Commissioner Jolene Hodder is the author of two books, “Walking in White” and “A Bend in the Road.” They have one daughter, Jessica Fagerstrom, and they recently experienced the privilege of becoming grandparents to their pride and joy, Everett Kenneth.