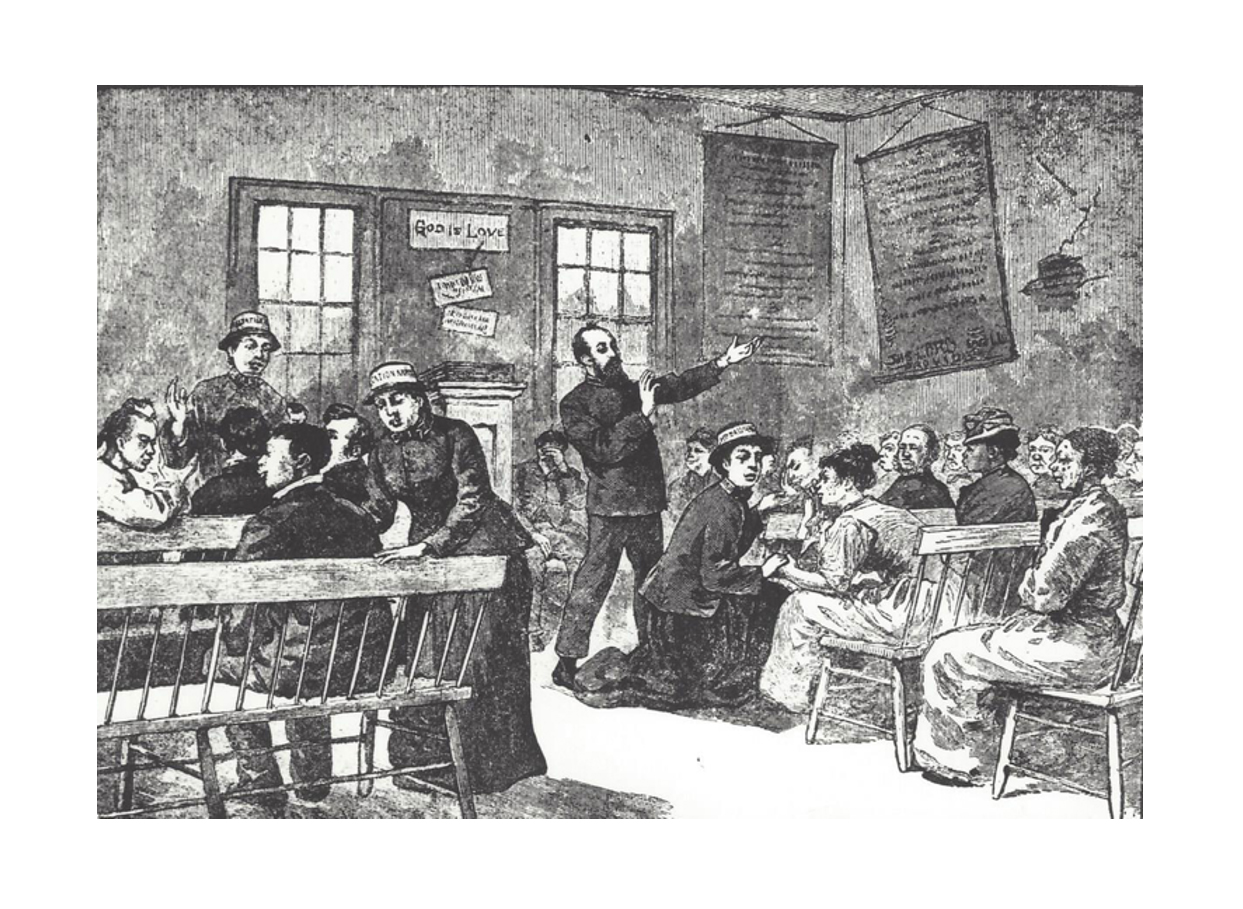 The Salvation Army officially arrived in the United States on March 10, 1880, when seven women and one man stepped off the liner SS Australia at Battery Park in New York. They went right to work, stopping to hold an outdoor evangelistic meeting even before leaving the waterfront. To say the least, it sparked a sensation.

Three weeks later, Harper’s Weekly published a lithograph of the Army’s first indoor meeting, a copy of which now hangs in my office. I often look at that picture, inspired by the image of those pioneer Salvationists.

But over the past year, there’s one feature of the drawing that has struck me more than any other:  who was there. Close inspection reveals that, in an era when Christian worship was still a largely segregated affair, The Salvation Army’s first meeting in this country included people who were white, black, and Asian. For me, it’s proof of the fact that, from the outset of our ministry, it didn’t matter where someone was from, what the color of their skin might be, or what language they spoke. At The Salvation Army, all were welcome.

Over the ensuing decades, that commitment never changed. Through the Progressive Era, World War I, the Depression, World War II, and into the days of the civil rights movement, The Salvation Army’s convictions on racial unity remained rock solid. Soon after the Supreme Court’s decision in Brown v. Board of Education, at a moment when this nation was deeply divided, The Salvation Army’s senior policymaking body declared that “a ruling so soundly based on Christian principles cannot but receive understanding and cooperation from all Salvationists dedicated to the ideal that in Christ, all are one.”

It’s no different today. The Salvation Army serves in every ZIP code, with a ministry operated by and for every race, ethnic group, and identity. And our commitment is as strong as ever. We still welcome everyone, we still worship together, and we still serve anyone in need.

Of course, conversations about race in our country have evolved over the years. So it’s no surprise that I’m sometimes asked what The Salvation Army has to say about critical race theory. Yet because of this unshakable commitment to unity, my answer is always the same.

For us, racial justice has never been about one social theory or another. We’ve never taken our lead from academic papers, party platforms, political pundits, or popular polls. In our view, one simply cannot go wrong with the time-tested, thoroughly scriptural idea that everyone is made in the image of God. So while The Salvation Army may consist of people with different perspectives and experiences, we remain united in Christ. We are called to be one Army, worshiping and serving one Lord. And His love for us is the model for why and how we should love each other.

Have we made mistakes over the years? Of course, we have. Do we want to keep learning? You bet. Are we willing to discuss ways in which we might reach out even more effectively to people of color? Absolutely. Discussion is what reasonable people do.

But nothing — nothing — will ever change the fundamental spiritual commitments that have characterized The Salvation Army for more than 156 years. Our message is still based on the Bible. Our ministry is still motivated by the love of God. And our mission is still to preach the gospel of Jesus Christ and meet human needs in His name without discrimination.