A Volunteer Turns to The Army for Help 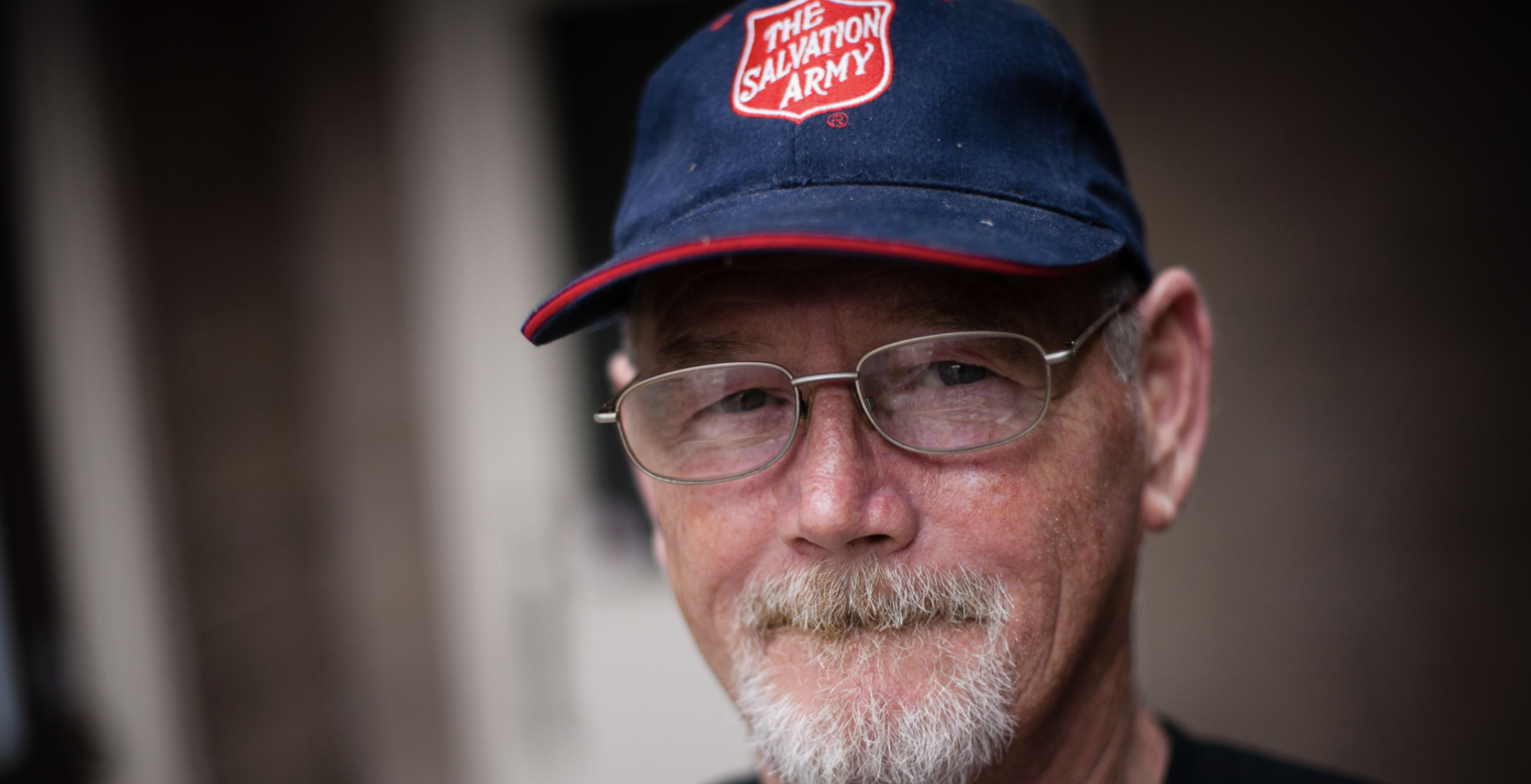 Robert used to volunteer with The Salvation Army in Oklahoma on a regular basis, helping serve food to those battling homelessness. In a tragic turn of events, Robert found himself in need of help from The Salvation Army thousands of miles away.

Years ago, when Robert lived in Oklahoma, he would take his goddaughter to The Salvation Army to help feed people experiencing homelessness. She often protested, but he told her that she should be grateful for what she had because she could end up on the other side of the table.

Years later, Robert indeed found himself on the other side of that table, battling homelessness on and off for three years, living in a tent or in abandoned homes.

Robert has suffered from chronic seizures his entire life, just like his parents. They never sought treatment as society labeled them as just “spells.” He had a seizure at work while operating heavy machinery. “One day, I was working with the machine, and then I woke up in the break room,” he said. Robert’s boss gave him the option to resign from the job due to his disability, which he did. He lived off his savings, and when those ran out, he found himself living on the street trying to find shelter. Robert made his way to Texas looking to better his situation but had a difficult time finding employment due to his seizures. With no work and nowhere to live, Robert began searching for help from area social service agencies, eventually connecting with The Salvation Army and registering for the rapid rehousing program.

The Salvation Army staff jumped into action finding housing for Robert and his service dog. They also helped him access social security benefits and medication for his seizures. After more than six months, The Army continues to support Robert in his journey with case management and support services.