“The Salvation Army’s ability to serve more than 23 million people each year is based on the generosity of our fellow Americans,” said Commissioner David Hudson, national commander of The Salvation Army. “Our neighbors living in poverty need our help. We are thrilled to have Candace’s continued support as she joins us again in the Fight for Good.” 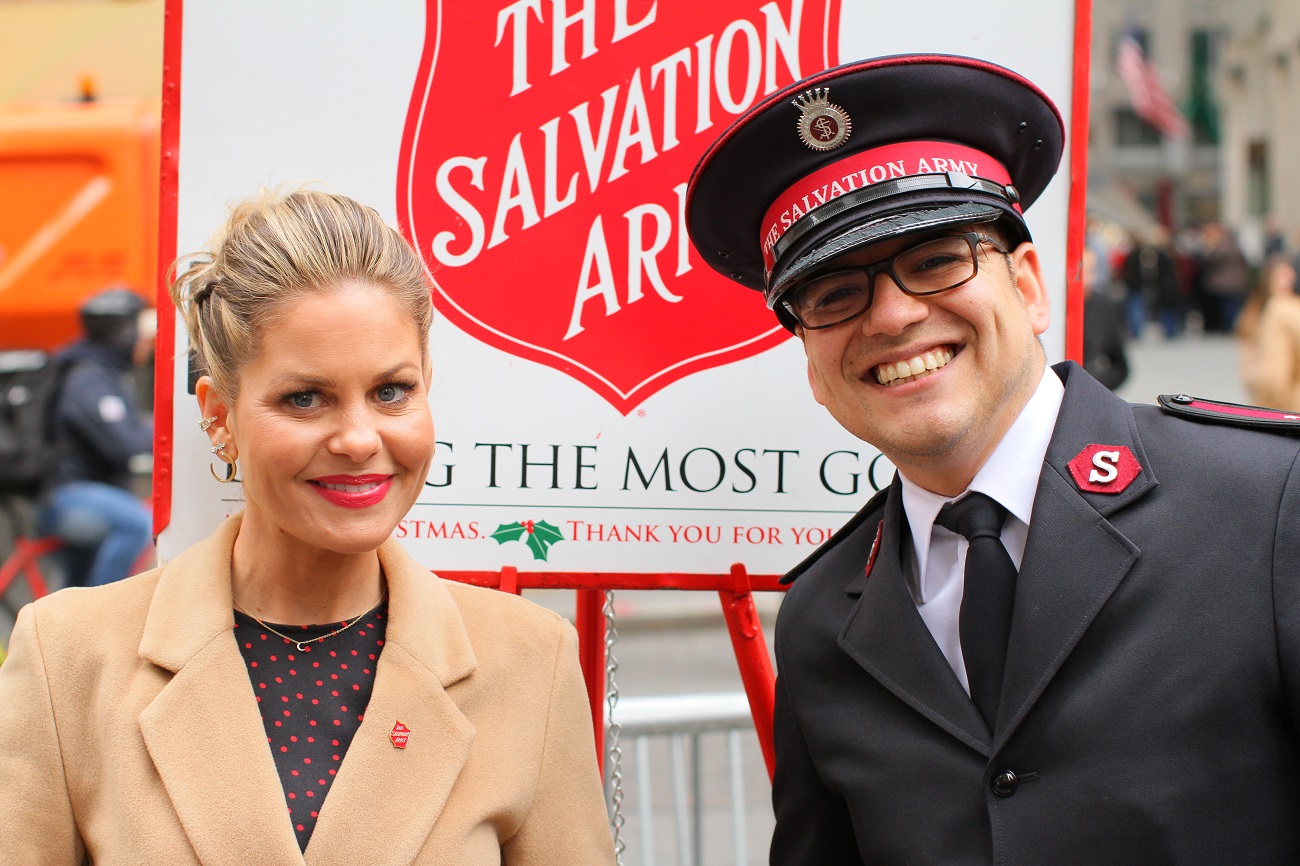 Bure will serve a yearlong term as the celebrity ambassador for the Fight for Good by conducting media appearances and visiting Salvation Army services to experience the unique ways the organization provides a hand up to millions of people living in poverty across the nation.

As the Fight for Good Celebrity Ambassador, Bure will shine a light on the battles those in need are fighting every day.

“I’m honored to have the continued opportunity to join the Fight for Good, hear the incredible stories of people being served by The Salvation Army, and see the extraordinary impact it has on their lives,” Bure said. “I hope each person who donates understands the difference every dollar and quarter dropped into the red kettles and contributed throughout the year makes in the lives of those in their communities. It’s a miracle for thousands of struggling families to have food on the table and Christmas gifts for their kids, and it’s all thanks to critical donations made to The Salvation Army.”

Throughout the year, Bure will experience firsthand the impact of The Salvation Army’s services on people’s lives, funded by donations made to red kettles during the holidays and recurring monthly gifts year-round.

She will begin her “tour of duty” with a service project in Los Angeles to shine a light on how The Salvation Army is helping families get back on their feet during the holiday season and beyond.

On Giving Tuesday, she will share the impact of donations made during the holiday season and throughout the year with monthly recurring gifts during an appearance on the Today show in New York City.

Bure will participate in multiple service events and media tours throughout her year of service, including National Donut Day on June 5, to emphasize the importance of giving to The Salvation Army year-round.

“What many people don’t realize is that people in need look like you and me,” said Lt. Col. Ward Matthews, national spokesperson for The Salvation Army. “Millions of people face multiple, daily challenges that make it hard for them to make ends meet. Many have lost their homes and belongings to natural disasters and suddenly find themselves in poverty or having to choose between paying the electric bill or Christmas gifts for their children. These people are our neighbors, and whom we’re fighting for.”

To donate to the 129th Red Kettle Campaign:

The Salvation Army also is giving donors a new way to join the Fight for Good at the red kettle. Simply use Apple Pay or Google Pay at participating red kettles to digitally and seamlessly help families in your community fight everyday battles all year long.

During the holiday season, about 3 million people rely on The Salvation Army to provide toys for their children on Christmas morning or a warm meal on Christmas Day. Donating to the red kettles also enables The Salvation Army to serve more than 23 million people each year, which includes more than 9 million nights of shelter and 52 million meals, along with substance abuse treatment, after-school programs and emergency shelter for children and families.

To learn more about the Red Kettle Campaign or to make a difference in the lives of those in your community, visit SalvationArmyUSA.org.

Candace Cameron Bure is an actress, New York Times best-selling author, Emmy nominee, executive producer, director, philanthropist, wife and mother. The classy confidence fans see with Candace – whether it’s on set at Full House or Fuller House, Dancing with the Stars, The View or Candace’s Hallmark films – is no act. Candace has emerged as one of the most influential women in entertainment and is considered by millions as a role model to women of all ages.