Covelli Enterprises commits to raising $75,000 in its restaurants this December

CINCINNATI – November 27, 2019– Covelli Enterprises, Panera Bread’s largest franchisee, has committed to raising at least $75,000 this December within its restaurants for The Salvation Army as part of its first-ever National Partnership with the organization. The partnership will involve active fundraising within 161 Panera Bread locations, 7 Dairy Queens, and 5 O’Charley’s across 8 states where Covelli Enterprises owns and operates restaurants.

Beginning December 1, the iconic Red Kettles will be stationed at the registers of all the 28 Panera Bread cafes in Cincinnati and Northern Kentucky. Customers will be encouraged to donate their spare change to support The Salvation Army programs designed to “Do the Most Good”. These programs include supporting disaster victims, feeding the hungry, providing basic needs for struggling families, combatting addiction, fighting human trafficking, and serving veterans and other at-risk groups. Nationally, 82 cents of every dollar donated to The Salvation Army goes toward program services aimed at addressing the most urgent of human needs within the community.

Also part of the National Partnership, Covelli Enterprises employees will volunteer their time to support The Salvation Army.

”Having so many touchpoints with a single organization, from counter kettles to coat drives to Christmas red kettle bell ringing, shows the level of commitment Covelli Enterprises has for the mission of The Salvation Army,” said Lt. Colonel Ward Matthews, national spokesperson for The Salvation Army. “It’s a real holiday blessing to have such dedicated folks alongside us, so we’re grateful to have the Covelli’s in the fight for good.”

“Our respect for the work The Salvation Army does is immense,” said Sam Covelli. “Seeing all the good that The Salvation Army does to support our neighborhoods and the difference they make in the lives of our community members… that’s what drives me year after year to put on my red hat, grab that bell, and ring it until my hands hurt. Our National Partnership is an extension of our mutual passion for lifting up those who need it most in our communities.” 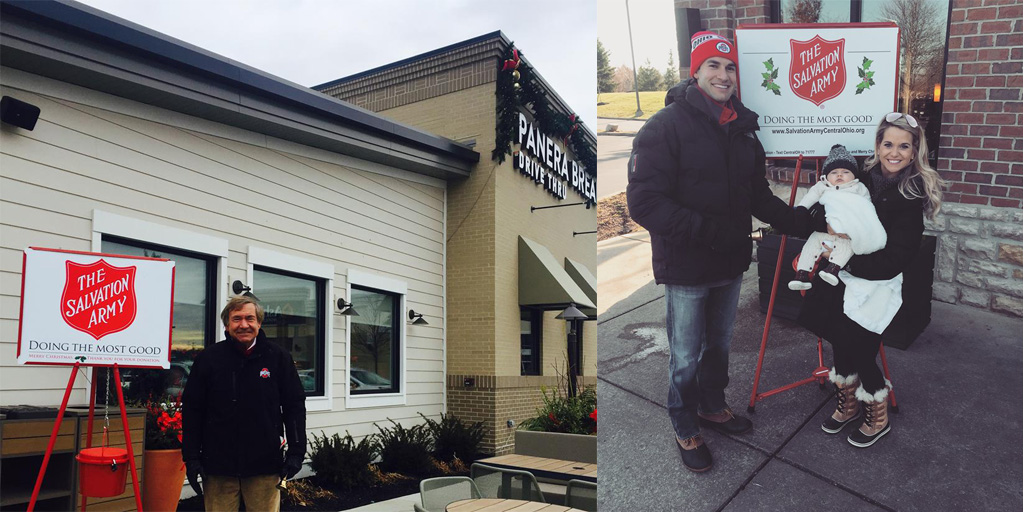 The Salvation Army annually helps more than 23 million Americans overcome poverty, addiction and economic hardships through a range of social services. By providing food for the hungry, emergency relief for disaster survivors, rehabilitation for those suffering from drug and alcohol abuse, and clothing and shelter for people in need, The Salvation Army is doing the most good at 7,600 centers of operations around the country. In the first-ever listing of “America’s Favorite Charities” by The Chronicle of Philanthropy, The Salvation Army ranked as the country’s largest privately funded, direct-service nonprofit. For more information, visit SalvationArmyUSA.org. Follow us on Twitter @SalvationArmyUS and #DoingTheMostGood

Covelli Enterprises, a franchisee of Panera Bread, LLC, O’Charley’s, and Dairy Queen restaurants, owns and operates more than 315 restaurants in eight states. The company donates more than $32 million annually to charity through unsold bread products for local hunger relief agencies and monetary donations to other non-profit organizations. For more information, visit Covelli.com or find us on Facebook (fb.com/covellienterprises) or Instagram (@covellienterprises).