The Salvation Army's national partner update can be found here.

ALEXANDRIA, Va. (September 3, 2021) — The Salvation Army has activated its Emergency Disaster Services personnel in Louisiana and the Northeast to meet the immediate needs of survivors and first responders affected by Hurricane Ida’s landfall as well as the remnants of the storm, which have severely impacted several states already reeling from recent catastrophic weather events.

“The Salvation Army’s presence in every zip code of the United States makes us uniquely capable of mobilizing for this disaster event,” said Commissioner Kenneth G. Hodder, National Commander of The Salvation Army. “We were preparing response efforts before the storm made landfall, and we will be helping these communities recover long after the flood waters recede."

Hurricane Ida made catastrophic landfall in Louisiana on Sunday, August 29, and continued northeastward with torrential rainfall across multiple states before reaching the coastal communities of New England in the morning of September 2. The Salvation Army has responded with services including feeding, sheltering, and emotional and spiritual care for survivors and first responders, as widespread power outages and flooding have created significant needs in the Southern and Northeastern regions. Trained emergency response teams are providing aid to the affected areas, with additional mobile feeding units, supplies, and volunteers on the way. 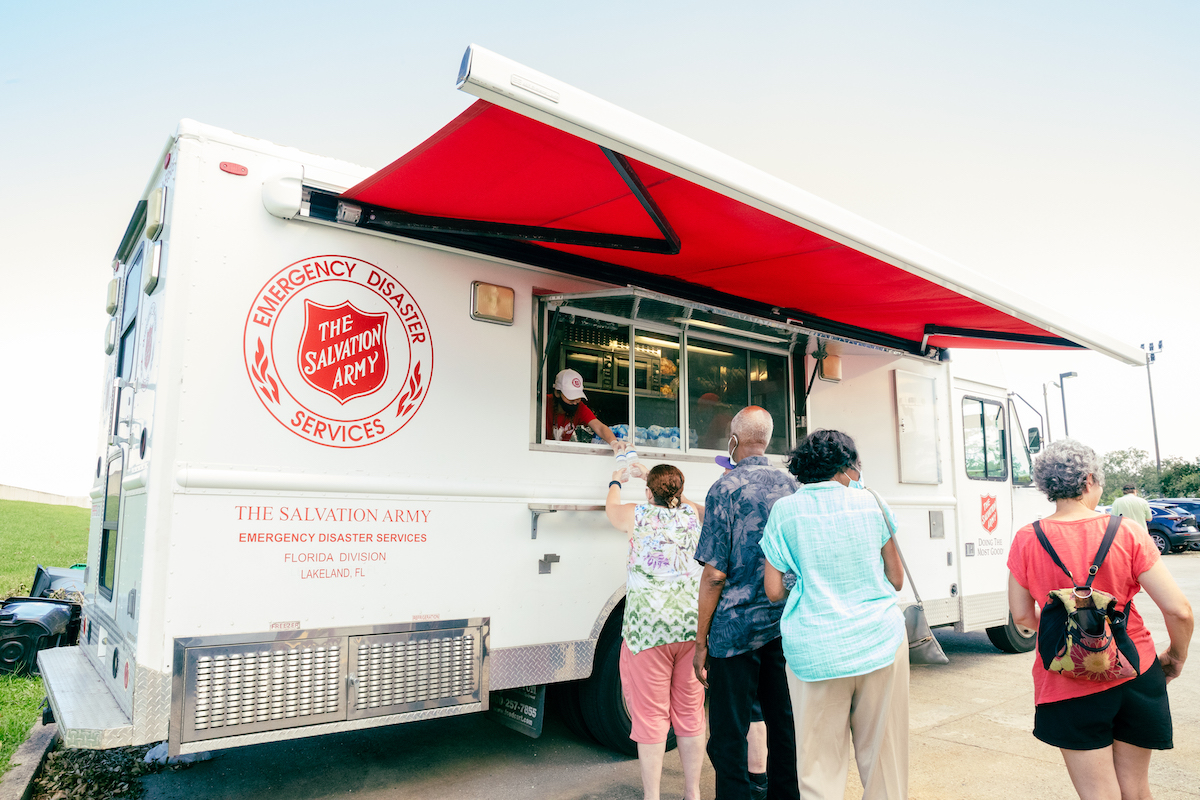 “Hurricane Ida is turning into a unique and historic disaster,” said Jeff Jellets, Emergency Disaster Services director for The Salvation Army Southern Territory. “Large parts of the Southeast are still facing flooding, high temperatures, and power outages, making it crucial for The Salvation Army to continue providing relief to as many people as possible. We encourage all Americans to donate what they can to support response efforts.”

“We are doing everything in our power to respond effectively to the impacts made by Ida,” said Robert Myers III, Emergency Disaster Services coordinator for The Salvation Army USA Eastern Territory. “With the continued generosity of the public, we will remain on the frontlines of this disaster, serving those affected by the storm for however long we are needed.”

As a community-based organization with more than 7,600 centers of operation, The Salvation Army already held a presence in all of the impacted communities and was aware of the kinds of need that would result from the storm. As the organization ramps up response efforts, several steps have already been taken to assist those affected.

In addition, Salvation Army disaster personnel are collaborating with federal, state, and local emergency management agencies and other partners to monitor ongoing impacts and adapt response efforts as needed.

Hurricane Ida comes in the middle of what is predicted to be a busy hurricane season. In light of the pandemic, The Salvation Army has adapted service delivery with extra precautions such as social distancing at food distribution sites, adapted feeding models, and updated personal protective equipment requirements.

A digital media kit with current and historical Emergency Disaster Services assets can be found here.

The Salvation Army annually helps 30 million Americans overcome poverty, addiction, and economic hardships through a range of social services. By providing food for the hungry, emergency relief for disaster survivors, rehabilitation for those suffering from drug and alcohol abuse, and clothing and shelter for people in need, The Salvation Army is doing the most good at 7,600 centers of operation around the country. During times of disaster, 100 percent of designated donations to The Salvation Army are used for immediate response and long-term efforts. In the first-ever listing of “America’s Favorite Charities” by The Chronicle of Philanthropy, The Salvation Army ranked as the country’s largest privately funded, direct-service nonprofit. For more information, visit SalvationArmyUSA.org. Follow us on Twitter @SalvationArmyUS and #DoingTheMostGood.